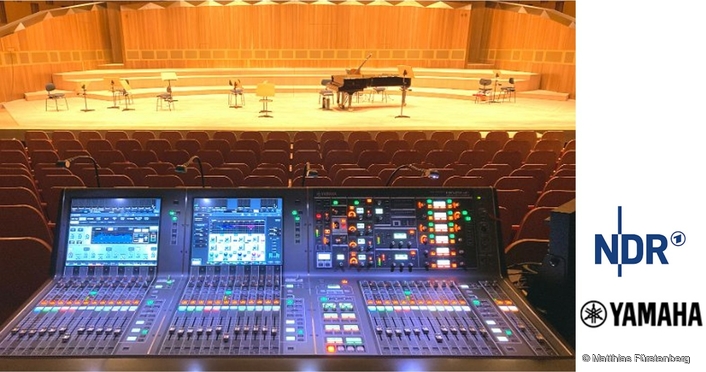 Broadcasting in Hannover dates back to 1924, moving to the current site in 1950 with the construction of what was then the most technically advanced broadcast station in Europe. The original, 350-seat Kleiner Sendesaal concert hall was joined by the 1250-seat Großer Sendesaal in the 1960s, home to the renowned NDR Radio Philharmonic orchestra. Both venues are used for over 100 live concerts, shows, awards ceremonies and similar events every year, many broadcast live or recorded for later transmission. 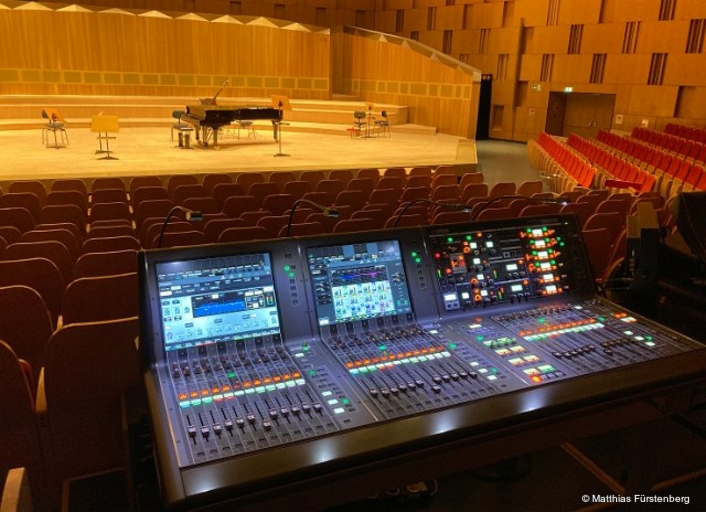 With the needs of guest artists, production riders and audience expectations rising, both venues have recently had their audio specifications upgraded, including the installation of a Yamaha RIVAGE PM7 digital mixing system in the Großer Sendesaal.

The Landesfunkhaus Nierdersachsen audio team has worked with Yamaha digital mixers since the mid-1990s, initially with an 03D and 02R, later adding an 01V96, LS9-32, M7CL and PM5D. The development of the CL and QL series was crucial for the venue because, in addition to the widely-accepted Yamaha menu structure, routing audio via Dante made the implementation of larger productions easier. The RIVAGE PM series further improved the team’s options for operation and audio routing. 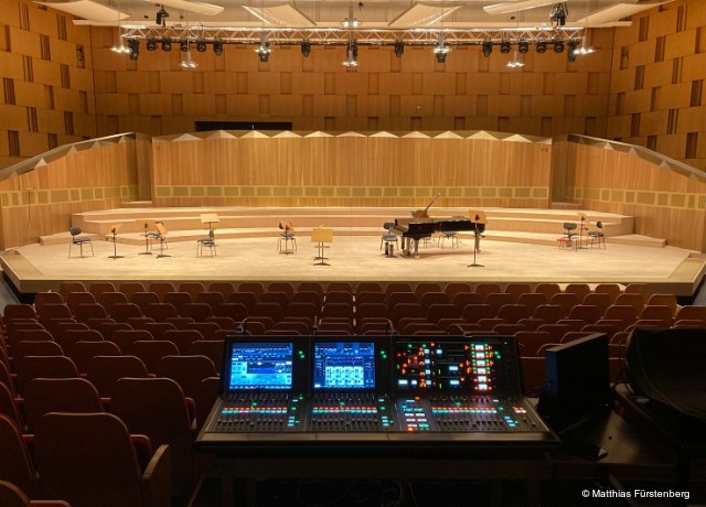 In particular, the convenience of two-person operation lets engineers mix a large production, with an orchestra and band, from one control surface. The high number of mix channels, first-class effects and dynamics processors were more reasons for purchasing the system.

Another important factor was the ability to quickly and easily exchange configurations between Yamaha digital consoles of different series. With other Yamaha digital mixers at Landesfunkhaus Nierdersachsen, this has greatly accelerated the in-house workflow and ensures visiting engineers can save time creating their mixes.

ASC also provided training for Großer Sendesaal staff on the new system, ensuring the team was quickly up to speed with the RIVAGE PM operating system.

About
Yamaha Commercial Audio is a world leader in the manufacture and supply of professional audio products for a wide range of applications including live sound reinforcement, post production, recording, worship and broadcast.  With a world-wide presence, Yamaha’s Commercial Audio subsidiaries and dealer networks provide comprehensive local services backed by a global Yamaha CA support policy.