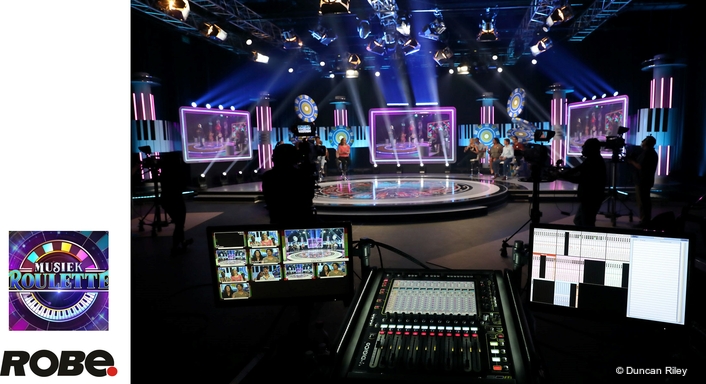 TV lighting specialist and rental company Blond Productions supplied all the lighting equipment, while the set was built by Dream Sets.
Ryan needed a highly adaptable lighting rig and used 72 x Robe moving lights to assist him in lighting the series, which was recorded at the Urban Brew Studios in Johannesburg.

The idea with the new aesthetics was to retain a casino vibe but offer a more streamlined and modern feel, with the studio floor featuring a striking stylised central roulette wheel and three large LED screens around the circular-shaped space. 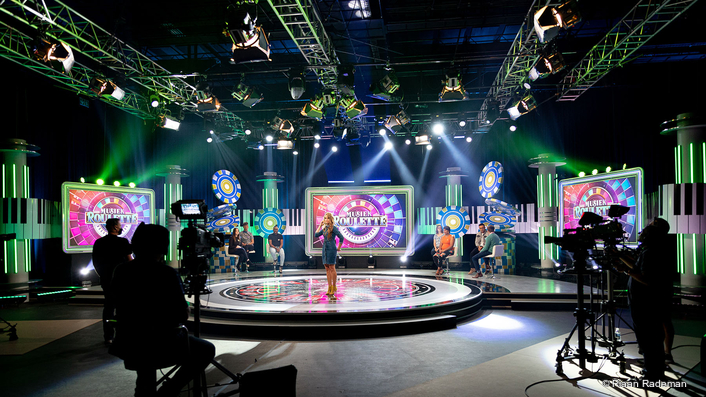 With a flourish of stealthy set imagineering, it was re-worked after the initial music recording phase – an incredible 117 songs were recorded and filmed in a single day – into a completely different space for the competition segment recordings.

The ‘second’ studio also featured some prominent scenic elements like six columns lit with LED pixel tubes and a set of scenic piano keys winding in between the columns and the perimeter of the space.
As the 13 episodes are being broadcast, the production appears to be flipping between two different studios! 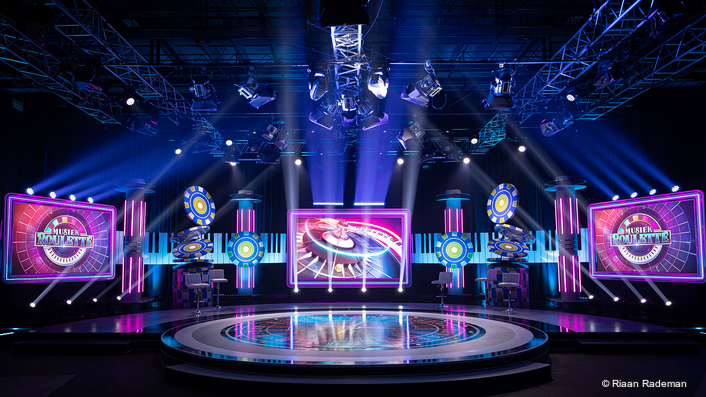 The contestants answer questions related to nine performance songs / pieces of music per episode, with eliminations at the end of each show, leaving three players for the final!
The Blond team installed a lighting grid in the studio ceiling to facilitate the exact lighting positions that Ryan needed. The show also had an array of scenic props that would fly in and out for the different episodes so “it was a highly visual and busy environment,” commented Ryan.

He utilised six Robe MMX Spots for gobo work and for hitting the more awkward positions on set that needed lighting, with 12 x Robe ROBIN 600E Beams and 24 x LEDWash 300s also in the grid to produce the general washes and overall colour looks.
Ryan loves the ROBIN 600E Beams for their high-quality fat beams, and these were used extensively during the artist performances and for bumping into and out of the ad breaks. 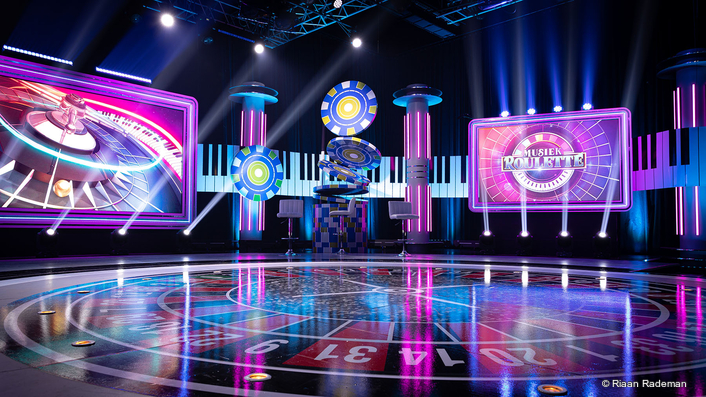 Twelve LEDBeam 100s were rigged on top of the three LED screens to give sharp piercing cross beams, and four Robe Tetra2 moving LED battens were also on top of the central screen, with another two up in the roof grid enabling Ryan to create bright walls and curtains of light.
All these effects lights doubled as depth enhancers and eye candy.

The miniPointe is one of Ryan’s favourite lights, and on this show, 12 were deployed on the floor. “It’s small, bright, light and you can get soooo much effect from them,” he enthused.
In addition to these, he lit the backdrop with LED PARs and the piano keys with LED battens to induce a nice separation between these elements and the foreground set.

For the competition segment, immersive lighting cues were created to match answers – green for correct and red for incorrect – so the whole studio would plunge into these for a few seconds, and being a music variety show, the ad break transitions are extremely colourful.
By far the most challenging and high-pressure part of this project for Ryan was lighting the 117 different songs, which also all essentially needed to be done in one take due to the time scheduling. 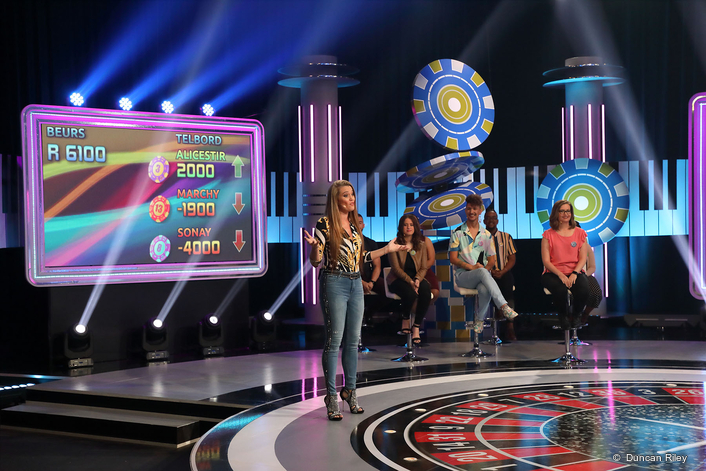 “That’s why it was vital to have such a versatile rig as every song needed to look vibrant and unique, so a lot of thought went into selecting the fixtures.”

Ryan used a grandMA2 light console for running moving and LED lights – also triggering the playback video including performance graphics for the artists via the grandMA VPU and the games computer feeds for the competition – and sending this to the screens, with an MA2onPC for backup.
He worked in tandem with Alastair Richards who used the MA2 onPC to control a quantity of 2K fresnel front lights and other ‘white’ generics.